UV-C and You: How Does It Work? 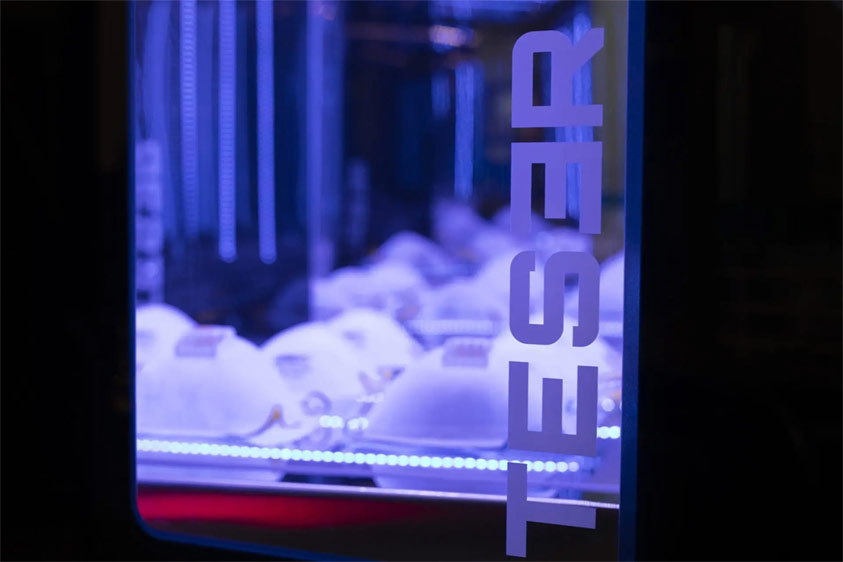 As kids, we were always warned about not wearing sunscreen before heading outside in the summer sun. The allure of a deep tan is hard to resist, but we know that putting on some kind of sunblock is always a good idea – even if we don’t quite know the science of it. But it turns out that protecting your skin is part of the same science that makes our ACT UV-C units so effective.

To understand how UV-C light sanitization – also known more technically as “germicidal ultraviolet” – works, first we need to know what UV-C means in the first place.

All ultraviolet (UV) light is a form of electromagnetic radiation (EMR) – waves of mostly invisible light that are found across a large range of energy levels in nature. Everything from the radio waves that carry Top 40 pop songs, to the infrared used in remote controls, to the visible light of a sunny day, to the X-rays and microwaves that make modern life easier – all of it is EMR at varying frequencies and wavelengths.

The UV spectrum lies just beyond visible light, past the wavelength our eyes see as violet (hence the name). This ranges from lengths of 400 nanometres all the way down to 10 nm – for comparison, a human hair is 75,000 nm wide.

From the Stanford Solar Center

Furthermore, UV is commonly split up into A, B, and C classifications. The first two, covering the upper end of that spectrum, are easily encountered on a sunny day – they are what gives you a sunburn. (It’s not all bad, though: they also promote production of Vitamin D and serotonin.) The third and highest-energy type, UV-C, is almost completely absorbed by ozone in the atmosphere before it reaches the ground. It’s a good thing, too, because UV-C is dangerous in concentrated doses.

As far back as 1878, scientists were experimenting with the use of UV energy to disinfect items and halt the spread of disease. The first paper on the subject discussed how bacteria could not survive prolonged exposure to UV light, and later studies showed that this was due to the amount of energy involved and how it affected the cell structures.

Think about your sunburn for a moment: it’s the result of your skin cells being damaged, broken, and unable to perform their vital functions, because the massive input of UV energy destroys their DNA chains. It’s not from the heat at all. It’s an invisible radiation burn – one that can only be fixed by shedding the old cells and replacing them with new ones.

The principles of UV-C disinfection are the same. By bombarding the desired air, water, or other materials with a steady flow of UV-C  light, any pathogens present have their DNA bases and cellular structures damaged. This interrupts their functionality, and halts their ability to divide and reproduce – all without the use of harsh chemicals or antibiotics. It’s why water treatment plants, air purifiers, laboratories, aquariums, food preparation technology, and many other facilities have implemented forms of UV-C sanitization over the years.

The technology used in Teser’s units isn’t new, and has been proven by more than a century of data. However, the application and efficacy of the units is where we make a difference.

Ensuring full UV-C coverage of every surface – especially for irregularly-shaped items, like N95 masks or certain medical instruments – has always been a problem for UV-C users. When designing our ACT units, we knew that getting maximum surface exposure would be the key to a scalable, practical solution.

We worked closely with Innotech to build a fully-enclosed system, complete with strong lights and plenty of reflective surfaces. Ultimately, we achieved a 360° effect that could simultaneously sanitize all sides of any object, proving to be incredibly useful for many applications. Furthermore, the size of the units – small enough to be portable, large enough to allow the cleaning of PPE and other items – and the ease of operating them all contributes to a revolutionary new player in UV-C technology.

Are you interested in finding out more about how our tabletop and pass-thru ACT units are keeping people safe? Get in touch and we’ll be happy to discuss our capabilities in more detail. We look forward to hearing from you!