Our Ecuador Experience: What We Learned 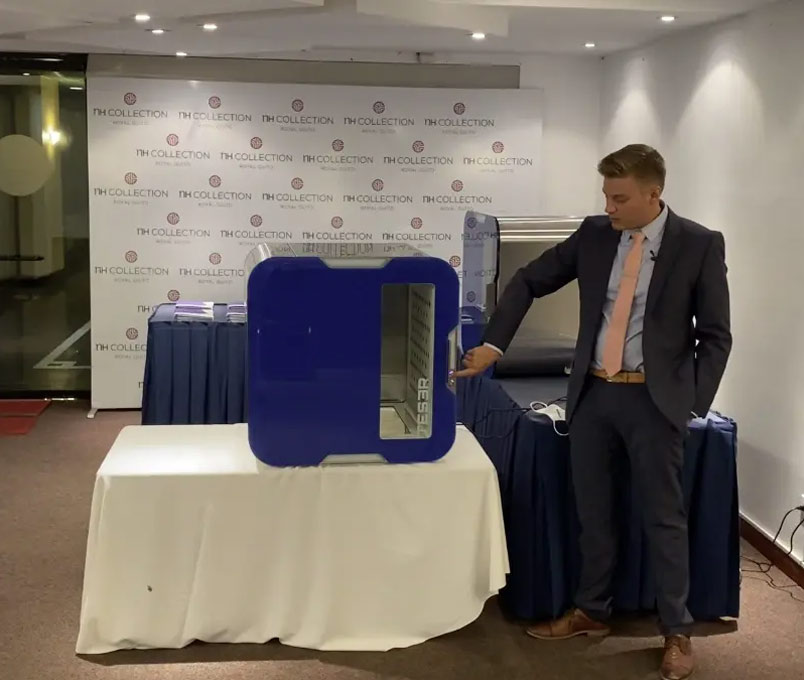 Back in July, some of the Teser team headed south to Ecuador, one of the countries suffering the most under the strain of COVID-19. Guided by a team of translators, government officials, medical professionals, and others, what we saw during our time there showed just how important international cooperation will be in the recovery and post-pandemic stages. In a relatively wealthy country like Canada, it can be easy to overlook and forget how lucky we are to have excellent health facilities and resources – so we consider it an honour to be able to make a difference where it is needed most.

The Situation in Ecuador

As the pandemic started spreading around the world, a lot of news focused on areas with overwhelmed medical systems – northern Italy, Spain, New York City. Even though these areas had big hospitals and a lot of personnel, they still suffered under the huge blow that COVID brought down.

Ecuador, in contrast, was hit just as hard – but had a fraction of the ability to fight back. As we traveled through the country, we saw a lack of infrastructure everywhere, especially compared to our home city in Canada. Hospitals and clinics were small – two to three storeys, without the massive annexes and adjunct buildings to house specific departments. They would be more similar to small office buildings rather than the huge hospitals we’re used to in North America.

In Guayaquil, Ecuador’s second-largest city and main port of about two million people, the virus hit early and the effects are still being seen now. The medical facilities were overwhelmed, and many people who died were buried in mass graves nearby. Due to a lack of refrigerated morgue space or trucks, acting fast was absolutely essential, and it shows just how quickly this pandemic can break down seemingly stable systems.

But Ecuador’s people are impossible to keep down. One of the foundations we met with was Por Todos, which has set up 27 clinics to help triage potential COVID patients in rural areas. People with symptoms can show up to get tested and assessed, and if they are low on the scale of treatment, they can be treated on site or sent home to self-isolate. They will only be sent to the hospital if necessary. This helps keep the hospitals and clinics from being overcrowded, and reduces the infection rate of non-carriers who may otherwise be exposed.

The Effects on Ecuador’s Economy

Ecuador, like many Central & Latin American countries, is highly dependent on tourism, and the collapse of the industry is felt everywhere. Through many of the towns we visited, usually filled with ziplining tourists, horseback guides, tour groups, and so on, the closure is nearly total. In one market in Quito, only a third of the shops were open, with about five people shopping in the whole area.

Many people depended on tourism income, and as a developing nation, the country as a whole doesn’t have the wealth or credit available to take on necessary debt to help its citizens. There is no big safety net, like we have with CERB or CEWS. International aid is thus incredibly important to their survival, and will be afterward as well.

The Role of PPE in Ecuador’s Recovery

Ecuador is a small country, with about 18 million people, but even so, they’ve had trouble keeping their citizens supplied with PPE. The cost for items like gloves and masks is prohibitive, and shortages across frontline workers mean that options for replacements are limited. The situation is exacerbated by the high population density in urban favelas and other low-income neighbourhoods, a common feature in many South American cities. In such areas, many people in large families – who live well below the poverty line – have no choice but to inhabit small homes in crowded conditions.

This has led to some risky behaviour by desperate people. N95 masks are washed improperly – or not at all – before being reused, and some masks are even being pulled from disposal bins, “cleaned”, and resold. This is a huge health issue, and is likely more detrimental overall, because people think they are safe when they are not.

Another consideration for a place like Ecuador is the waste generated by PPE use. If 18 million people are disposing of masks, gloves, and other materials with plastic and fabric each day, it adds up very fast – and in a country reliant on tourism and the natural allure of its landscapes and oceans, that waste can make things even worse.

People are already pulling together as much as possible – using foot-operated hand sanitization stations, wearing masks when they can, checking temperatures – but there is still a lack of proper education about safe use and procedures. Even touching a mask once can contaminate it, and then what?

This is where we envision ourselves making a big impact in Ecuador’s struggle against the virus. Our ACT units allow clinics, hospitals, and staff at various other facilities like nursing homes to properly sanitize their PPE. Imagine if doctors and support staff can use an N95 mask 10 times instead of just once – not only does it help reduce financial strain on buying new supplies, but it frees up those supplies for other people who may need them. It also keeps discarded material from piling up in landfills and waterways.

During our meetings with the Minister of Tourism and others, a theme became clear: the ACT units can be used beyond hospitals and clinics, and help re-establish confidence in Ecuadorian industries as they recover. They can be used in hospitals, shopping malls, gathering places, and other common areas in order to enhance safety and create healthy PPE habits.

As tourism restarts in the months ahead, that confidence will be key to rebuilding the Ecuadorian economy. Visitors will want to feel safe, and know that everywhere they go, all levels are going above and beyond to ensure that safety – from the cleaners who work on the front lines every day, to the government regulations that inform the procedures they use.  With the help of international organizations, foreign aid, and entrepreneurial breakthroughs like our sanitization units, natural world treasures like Ecuador can get back on their feet and we can all emerge on the other side of this pandemic – stronger, more cooperative, and more interconnected than before.